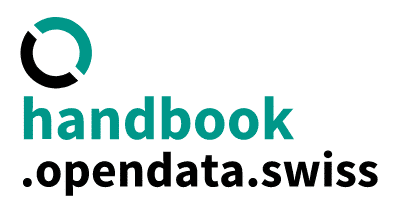 The OGD Handbook provides support for individuals and organizations wishing to publish open government data. It is built completely on open source technologies, runs on GitHub, and is designed as a wiki: contributions from organizations and individuals that have experience with open data are explicitly welcomed. It has not had much visibility in it's first few years, but has quietly become a key central repository for knowledge sharing. A bit of recognition could help give it some needed attention!

The OGD Handbook is meant to be a sort of "Wikipedia" of open data, and as such is related to international efforts in the same direction - such as the Open Data Handbook from Open Knowledge. The design is meant to inspire debate and discussion across borders inside and outside of the country. This project has been one of the longer sustained and publicly accessible efforts by the opendata.swiss team to build a community around Open Government Data. It is an opportunity for the public to see some of the behind-the-scenes work that goes into open data, to support and contribute to the Swiss OGD project. From students to activists, government workers to teachers to technologists, this project has had a subtle but real impact on society.

Information about the Open Government Data project in Switzerland would be scattered and incomplete. The initiative, movement and it's methods would become opaque to the public, and harm the prospects of the opendata.swiss project (recognized at the CH Open Source Awards 2016) itself.

License Description: The contents are indicated as "not normally subject to copyright." The source code is licensed Affero GNU GPL v3.0 https://handbook.opendata.swiss/en/pages/legal-notice

Maturity: The project is live and we have some users